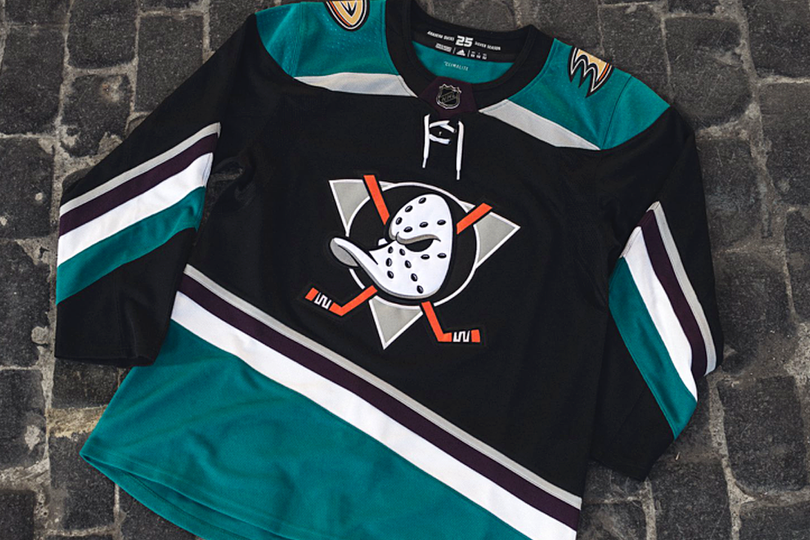 By Mike Roche in Ducks, Hockey talk, Sweater Weather on September 25, 2018
No comments

Anaheim simply cannot escape the legacy of the Mighty Ducks. Some might say that’s not a bad thing. With a growing population of millennials that grew up with Goldberg, Coach Bombay and the Flying V, few teams can evoke the nostalgia in the same way the Ducks can. Others disagree, with the argument that the Ducks were originally a gimmicky team and if they want to be taken seriously the franchise should move away from their movie tie-in origins. As for the Ducks… Well, it seems like they simply can’t make up their mind on the issue. 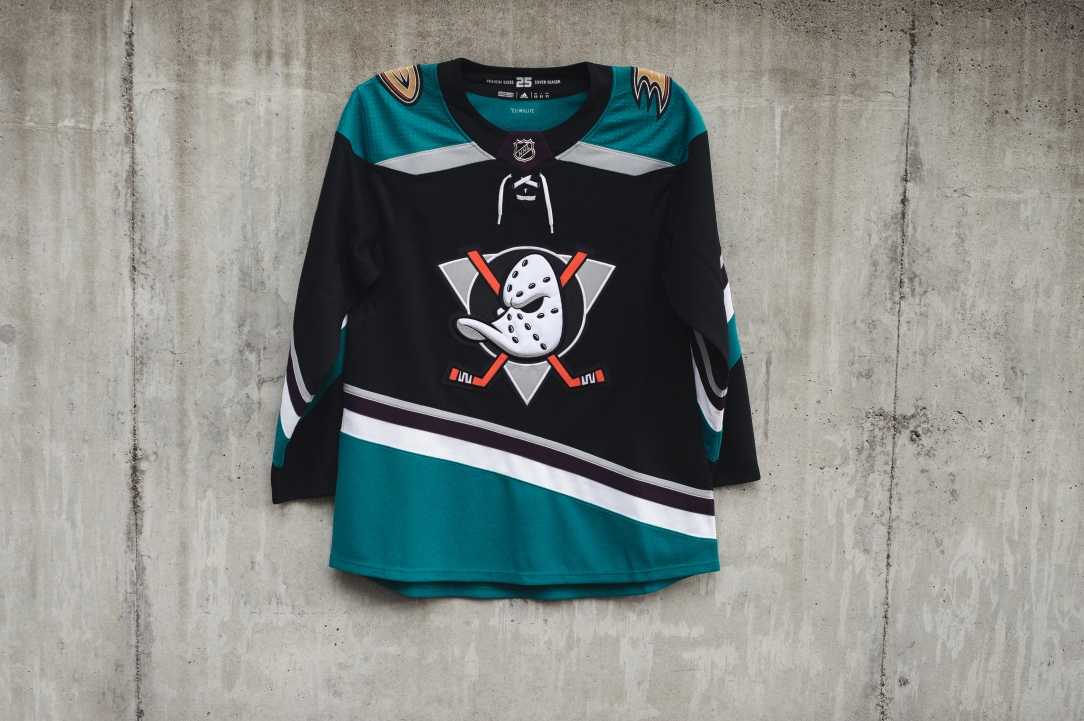 What stands out the most on the Ducks new third sweater is the classic Mighty Ducks logo. I’ll be straight: I think the Ducks should move away from the Mighty Ducks. How can you take a professional sports franchise seriously when they only came into existence to promote a kids movie? For that reason, I personally don’t love the duck mask on the front. However, I wouldn’t hate it so much if they just committed to it. If you’re going to go with the old logo, go with the old logo. If you’re sticking with the new logo, stick with the new logo. Instead Anaheim clearly designed the whole sweater around the Mighty Duck then slapped their new logo on the shoulders.

Everything about this sweater grabs you violently by the shoulders and screams in your face “REMEMBER THE 90’S?!?!?!?” It may have looked good 20 years ago but doesn’t carry over into 2018. The striping and colors are just too busy. The Ducks have worn seven colors over the past 25 years and they are all represented on this sweater. It’s too many colors going in too many different directions.

One thing I do like though is the inside collar. I know it will never be seen but I’m a sucker for team messages in hidden locations. It adds a cool personal touch. Even though the Ducks’ message is simple it scores points with me. 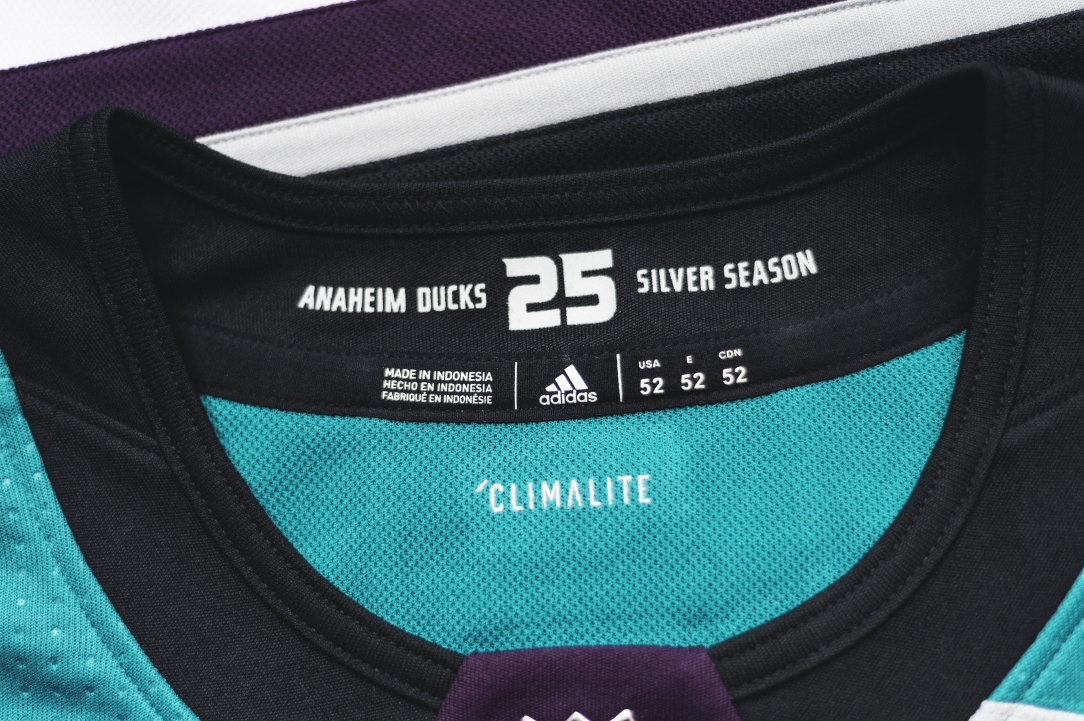 Overall, while I don’t love it, it could have been a lot worse. At the very least I won’t be distracted by the jersey when I’m watching the game so I guess that means it’s not bad. Final score: 2 quacks out of five.