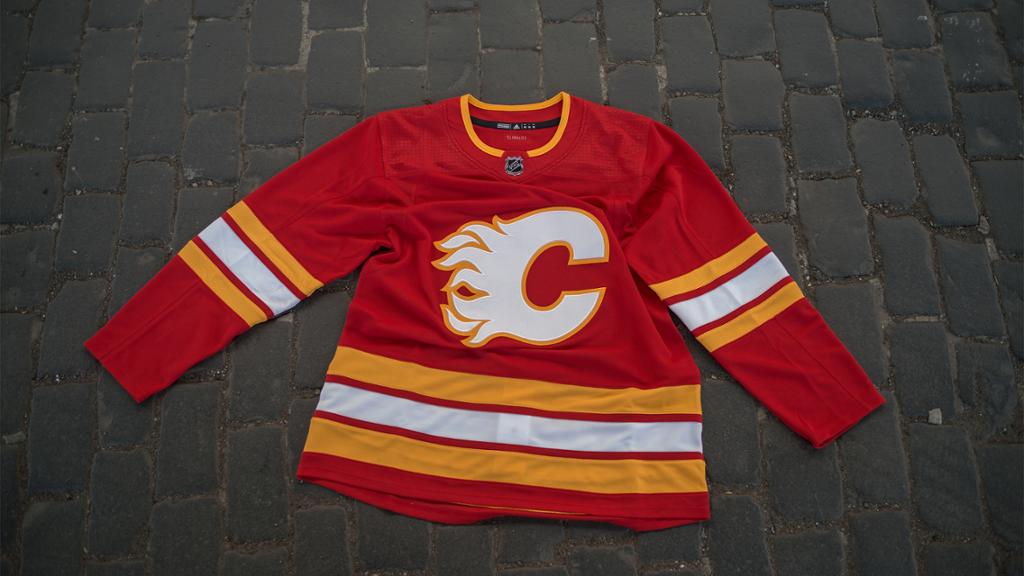 The Calgary Flames don’t have a great history with their sweaters, especially their alternates. Adjectives used to describe their previous third jerseys range from “fine” to “bizarre.” With such a checkered past in their equipment department the Flames very easily could have messed up this season’s new alternates. Fortunately they chose to play it safe and came out with one of the better alternates for the 2018-29 season.

The Flames went with a retro jersey, throwing it all the way back to ’80s. These threads were used as the primary jersey from 1981/82 to 1993/94. They were also used as alternates from 2010/11 to 2012/13. It’s a design that worked for a long time and obviously was popular enough to bring back before. So I only have one question: Why the hell did Calgary stop using them?

This jersey is suppieor to every other jersey the Flames have worn and it they have good history, winning the club’s only Stanley Cup in these threads. It’s a clean, classic design that will never really go out of style. It’s being marketed as a retro design but it really works in any era. I like that they didn’t get to crazy with the striping. The simplicity of the design is what keeps it timeless.

However, while the simplicity keeps it timeless I find it a little too simple. The lack of details makes it look a little uninspired. Long time Calgary fans might feel a connection to this jersey because of the Stanley Cup team but there’s not much to attract the younger generation. At the end of the day, the Flames played it safe. There’s nothing wrong with that as long as they’re willing to settle for a good, not great jersey. Which is exactly what they got. 3.5 out of 5 fire emojis.