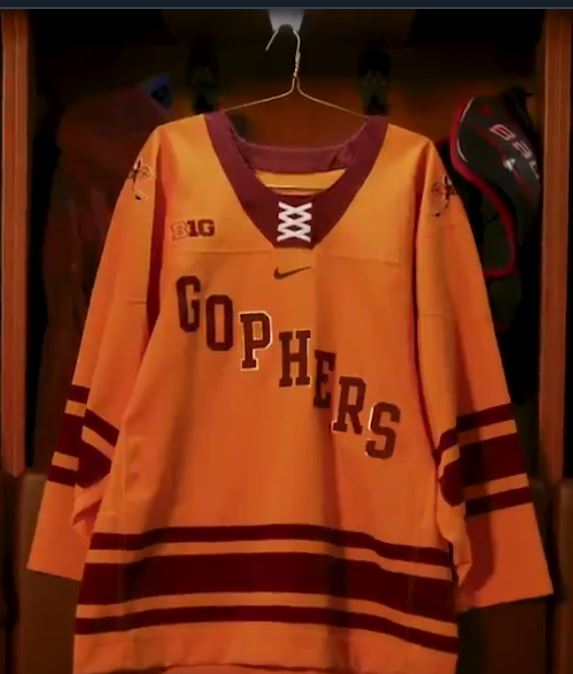 I am shamelessly stealing the sweater weather tag line from Mike and re-packaging that idea in to a series of posts about college hockey sweaters. Deal with it. We all love sweaters. Let’s just be happy we get to look at more sweaters.

The classic Minnesota sweater (Maroon w. Gold M) single-handedly got me interested in college hockey. That’s right. I watch hockey for the costumes. Its a good thing hockey fans are not super protective and are very open minded about letting new fans who don’t know who the seventh defensman on the Ottawa Senators is. Nope… hockey fans are super welcoming and understanding of newcomers. That’s why the game has grown so much. I digress…. but here is my favorite sweater in the whole B1G, perhaps all of hockey.

But, much like Mark McGwire, I’m not here to talk about the past. Let check out the sweaters that have arrived fresh from the sweater factory (which I like to imagine is in a small ice fishing community in rural Minnesota). 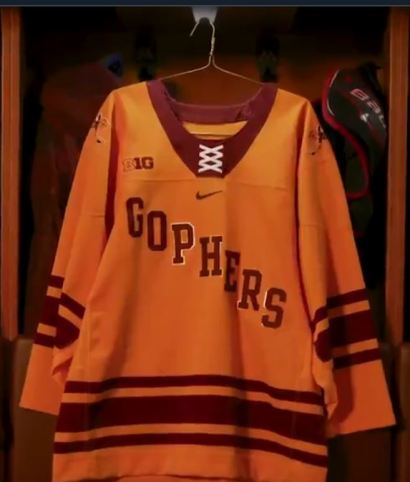 Apologies for image quality, but you get the idea. Let’s start with the positives. I like that they went with gold background for the third jersey. It’s classic yet feels new. And with Motzko coming in to start the next IceGopher era, I like to see a new feel on the sweater as well. Plus, you GOTTA love the Goldie shoulder patches.

I don’t love the diagonal “Gophers” in block letters. The maroon sweater with gold diagonal “Minnesota” is much better in my opinion. I really wish the men’s team would just beg, borrow and steal from the women’s sweaters. They seem to be in on the secret… GOLDIE GOPHER IS WHAT MAKES MINNESOTA APPAREL AWESOME. The same goes for Bucky and Wisconsin, by the way. Some mascots just have that “it” factor. Check out the lady gopher hockey digs: 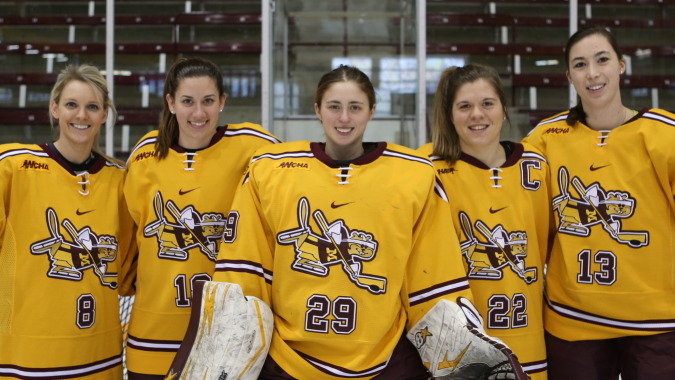 That Goldy logo is simply fantastic. So to recap,

Original Men’s Sweater: 4.5 Goldies out of 5

New Men’s Sweater: 3 Goldies out of 5

Happy opening day for the Blackhawks btw… based on what I’m seeing now, it could be a long season.

View all posts by zlesko