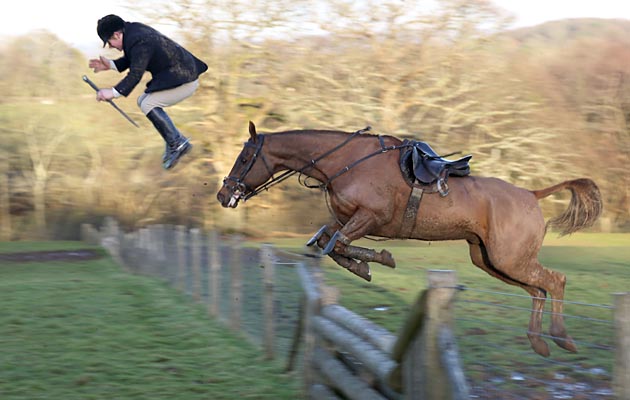 Suck It Equestrian: Men’s Ice Hockey is Bringing in the Big Bucks

Well, well, well. Look what we have here. Men’s Ice Hockey is the third best NCAA sport at generating revenue. I think this is kind of an upset, but I love it.

Football is king. We all know this. That’s mostly what the BI article is about. It is well established that there is a long lasting, generational blood feud between basketball guys and hockey guys. But I’m not here to talk about the past. Plus, without March Madness the NCAA basketball revenue would be reduced by 86.4% (Source: me).

I was truly surprised that men’s hockey came it at third on the list. I have always thought of college hockey as a fun niche for a small number of schools in the NCAA. And it still may be, as I’m presuming these figures are an average from schools that actually have the listed sport. Even so, we came in ahead of lady basketball, baseball, and softball (which I would not have expected). But really, this figure tells us one thing. Hockey people love hockey, and they’ll spend money on hockey.

Thanks for being hockey fans, hockey fans. I really do think that hockey fans (although sometimes exclusive, pretentious, and annoying) are some of the most passionate people out there. And for college hockey, it’s a bunch of crazy Northeasterners, Midwesterners, and also some people from North Dakota and Denver. These are my kind of people. It’s like the perfect cocktail of nice, irritable, chubby, obnoxious, hip, and (insert North Dakota stereotype?). As they say in the NCHC, “it just means more”

Lets keep sticking it to masses who tell us that lacrosse and equestrian and rowing are the sports of the future. Hockey is on the rise. I’m tired of that vocal minority flooding my timeline with horse shit (heh) opinions anyways. But seriously, how is equestrian bringing in any revenue at all? Do people actually pay to attend collegiate horse events? Any dads out there walking around with a “Baylor Equestrian” t-shirt?

An aside: There are 19 D1 schools with equestrian programs, and they each can give out 15 scholarships. THERE ARE 285 PEOPLE OUT THERE THAT GO TO SCHOOL FOR FREE BECAUSE HORSES. Just thought you needed to know.

Next relevant point: let’s support lady hockey more. That stuff is awesome to watch in the Olympics, so why not tune in to some coverage of the lady gophers. Let’s make it a goal this year to surpass equestrian. I’m putting it on the record: WE ARE OFFICIALLY A PRO LADY HOCKEY BLOG.

In Summary, basketball stinks, hockey fans are awesome, lady hockey is good, and fuck you business insider for making me look up a bunch of stuff about horse sports.

View all posts by zlesko