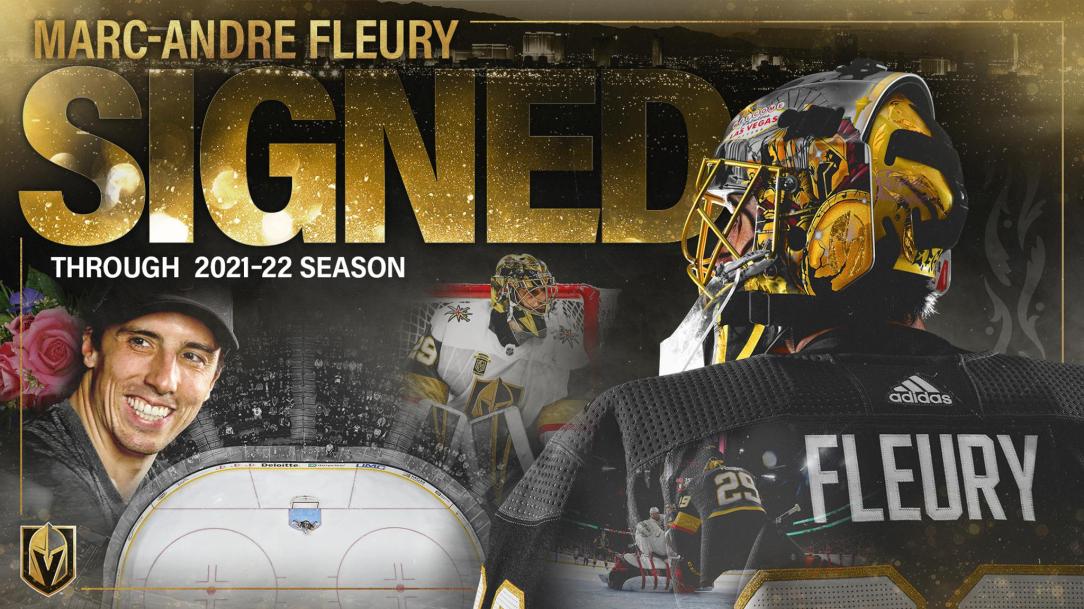 Forecast: Fleury’s in the Desert

It can be said that Marc-Andre Fleury is the face of the Golden Knights and I don’t think too many people would argue with you. When the young franchise was still finding their identity early in the season Fleury gave them the room to do so. He played out of his mind during the playoffs, despite maybe falling back to earth a bit in the Finals. And while there may be guys currently on the team who may eventually take over that mantel (Marchessault, Tuch, Haula) right now it is Marc-Andre Fleury. Which is why today’s announced three year contract extension was a good thing.

First the nitty-gritty. Fleury had one year left on his current contract so the new extension keeps him around for four more seasons. It has an average annual value of $7 million. That’s a big cap hit for a 33 year old goalie. If Fleury makes it to the end of his contract he will be 37 and probably not starting anymore.

However, right now the Knights can afford it. They have $14 million in cap space right now and that will increase every year for the next four years. You can’t say Fleury hasn’t earned it either. The dude carried them to the Finals last season. The Knights may have broken some records without him but there’s no way they would have made it to the Finals. He also provided veteran leadership to a team looking for an identity. Not only did he give the team a fighting chance on the ice but he kept it loose in the locker room as well.

The formula for most expansion teams is to draft a washed-up big name veteran to bring in ticket sales. People may have thought that about Fleury when he was taken in the expansion draft but he’s proved them wrong. He’s embraced Vegas, Vegas has embraced him, and he’s played pretty damn good. Pay the man.